Raccoons are talented animals, and very well adapted to live in almost any setting with ample food and water sources – including urban and suburban areas. Raccoons have a variety of skills that allow them to exhibit a variety of behaviors, most revolving around the basics: foraging for food and seeking shelter. Regarding the former, raccoons are omnivores, and opportunistic. They will eat from garbage cans (which they open the lids of or tip over) and dumpsters (which they sometimes get stuck in), and they will often steal pet food. Dog or cat food left outside is pretty much an open invitation to a raccoon, as the animal has no fear of any dog or cat, or oftentimes, human. If the pet food is indoors, the crafty raccoon will still get to it – they will rip open a screen to get inside the patio where the food is laid out, and will often find the food storage, and break into that as well. Raccoons are primarily nocturnal, so most of this mischief happens at night.

Raccoons are common throughout North America. In fact, they are more common in urban areas than in rural areas. They are well known for their ringed tail and masked face. They are not really related to any other mammals. They are somewhat distant relatives of bears. They are very strong for their size. They can swivel the hind feet around 180 degrees to descend a tree headfirst, and are excellent climbers. Raccoons usually give birth to 3-5 young in the spring. These young are very cute, as so some people are tempted to seek pet raccoons, but their temperament isn’t suitable for a pet. They are omnivores, and eat almost anything.

Certainly not. They can be described as cute and talented, and are well adapted to survive in both the forest and the city. They get into trouble with people because they are so adaptable, clever, and handy. As with all animals, they usually just do what they need to do to survive. Oftentimes this means ripping a hole in your roof and living in your attic. It’s true that once inside, they can really trash the place and cause damage. They will usually rip up the duct work, tear the insulation off of pipes, rip up wires, trample or pull up the insulation, rip off any paper lining, and sometimes even damage wood joists. The bigger problem may be the bio-hazardous contamination they cause. They urinate and defecate in the attic, and the droppings can contain raccoon roundworm – transferrable to humans, or diseases such as canine distemper, transferrable to pets. They also may bring in the fleas and other parasites associated with wild animals.

Raccoons are usually classified as a pest species due to their habits of living in human dwellings. The most common complaints include the following:

For these reasons, many people wish to have this nuisance animal trapped and removed.

How to Get Rid of Raccoons:

The primary approaches are trapping, prevention as outlined and discussed below in detail.

Trapping is always an option for wildlife removal. However, it’s not always so cut and dry. Much of the time, simple trapping does not solve the problem. The majority of cases of do-it-yourself raccoon trapping have gone awry. It’s common to catch the wrong animal – a stray cat, a skunk, or opossum, or the wrong raccoon. You want your raccoon problem to go away – if the raccoon is tipping your garbage can, pooping in your pool, killing your ornamental fish or birds, or whatever. But if you trap, you want to be sure to get the right animal, in the right way, and do it legally. It must be done correctly, with the right type of trap – one at least 12x12x32 to hold raccoons, and sturdy steel or solid-wall. Raccoons are very strong and crafty and have a way of breaking out of traps. You have to be conscious of the safety and welfare of the captured animal and relocate it at least ten miles away, in an acceptable location.

Raccoons in the Attic:

PLEASE do not try to trap and remove if you have raccoons in the attic, because there is probably baby raccoons up there. If you trap and remove the mother, you will have a BIG PROBLEM on your hands, and you will likely cause further house damage, noise, suffering of cute little raccoons, and a terrible odor as the babies die and decompose.

If you have or suspect you may have a Raccoon problem please contact: Sterling Wildlife™ at 321-972-8268 to speak with a Raccoon Removal Services expert.

Learn how to get rid of rats 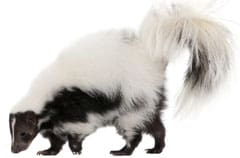